First pics surface of Joaquin Phoenix as the Joker

DC Comics fans are excited by the appearance of several images showing Joaquin Phoenix filming scenes for next year’s standalone Joker movie. Hollywood rumor site JustJared posted several shots of the newly-gaunt actor in the role of “Arthur Fleck”, this film’s name for the pre-transformation Clown Prince of crime.

It looks like Joaquin Phoenix has started filming as the Joker for the standalone #Joker movie! https://t.co/0uwG4l34o0

Adding to the hype, over the weekend, director Todd Phillips posted this image of Phoenix on Instagram, with the simple comment, “Arthur”: 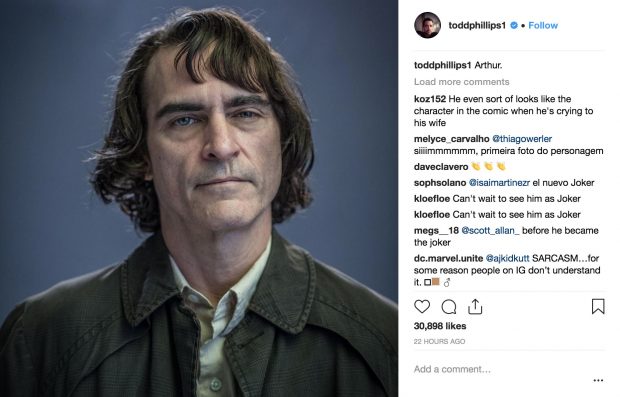 No one can play Batman’s nemesis quite like Heath Ledger did. But we’d wager Joaquin Phoenix will nail the performance in his own way. The new Joker movie is expected to release October 4, 2019.